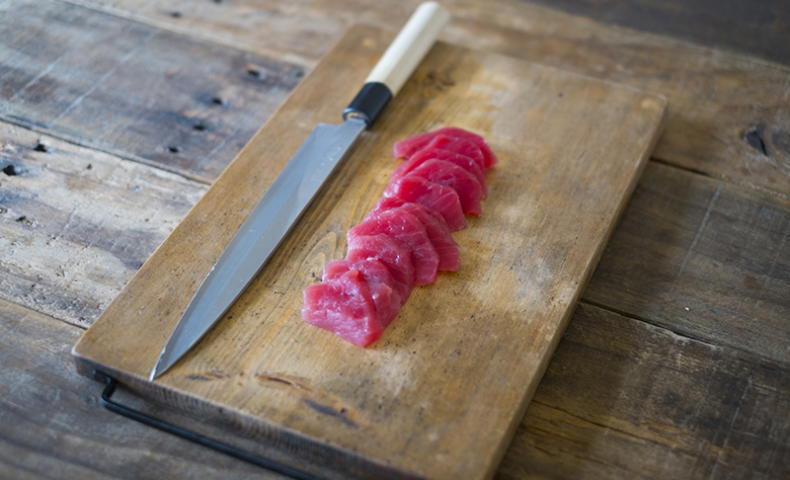 Japanese Kitchen Knives are well known around the world for its excellent quality and suitable design for food preparation. They are made from stainless steel and Hagane (a type of steel used to make Japanese swords) using a traditional, labor-intensive Japanese Bladesmithing process developed in Japan.

the capital of Samurai sword manufacturing. After the samurai were banned from carrying swords in 1868, the blade smiths refocused their skills to cutlery production.

In the 16th century, steel knives were first made by Sakai craftsmen for cutting tobacco. Since then, the Sakai knife industry has been promoted by the Tokugawa shogunate, which awarded Sakai with a special seal of approval for its excellent craftsmanship.

Traditional Japanese knives are made from high carbon steel

which is tough, sharp and easy to sharpen but they are prone to rust and discoloration. To improve these issues, some modern Japanese knife manufacturers have included stainless steel in the materials.

Japanese knives are often designed with a single bevel blade which are sharpened at an angle on only one side. The blades are uniquely designed so that they will push the food away only on the side that is used to slice. This design makes traditional Japanese blades different from western style blades which are double bevel blades (sharpened at the angle on both sides).

so did the western-style blade. Japan adopted French and German cutlery ideas during the Meiji period in the late 19th century, and traditional Japanese knives were not suitable for cutting meat.

The high-quality and versatility makes these knives popular in western-style cooking, and they have been used by many of the world’s top chefs.

Japanese knives are gaining popularity in the western market,

which has led to a rise in manufacturers around the world producing these knives. Authentic Japanese knives made in Japan can be identified by these following characteristics:

VG-10 steel is made in Japan: VG-10 is stainless steel that is formulated in Japan.

Let’s check some types of Japanese kitchen knives below

Today, Japanese Kitchen Knives are commonly used in every kitchen around the world. The prices of these knives can vary depending on the brand and quality. The more expensive the blade, the longer it will last. Due to its versatility, Japanese kitchen knives are extremely useful and should be a staple in every chef’s kitchen. 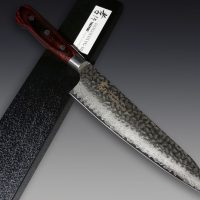