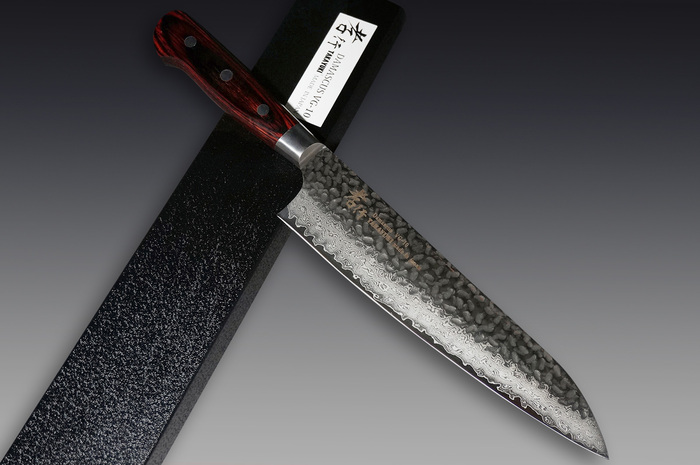 If you are interested in knives, then you have surely heard of the famed Damascus steel. Since the pre-industrial era, blades forged with Damascus steel are known to be extremely aesthetic, durable, sharp, and versatile.

The story of Damascus steel began over 2000 years ago, when Damascus blades were first manufactured in the Near East from blocks of patterned, high-carbon wootz steel, a type of steel which was originally made and imported from South India. The name Damascus comes from the capital of Syria, where the original Damascus steel blades are thought to have been made. Weapons and other items made from wootz would gain popularity in the 3rd and 4th century in the city of Damascus. Damascus steel blades were easily recognizable as they are extremely sleek and bear a characteristic wavy light and dark pattern.

Damascus steel is not a pure metal, but a combination of metals and impurities with high carbon concentration values, making it unique in its own way. The original method of producing Damascus steel is not known, but involved melting iron and steel together with charcoal under conditions with little to no oxygen. The metal absorbed carbon from the charcoal, and slow cooling of the alloy resulted in a crystalline material containing carbide. Forging wootz in swords and other weapons resulted in the creation of Damascus steel.

Today, you may see many steels may labeled as ‘Damascus’, however, they are just modern steels intended to mimic the appearance of original Damascus. Historically, authentic Damascus steel is processed with wootz steel, however the knowledge of the original technique to produce wootz was lost in the 1700s as the production of patterned swords gradually declined and eventually ceased, so the source material for wootz steel was lost. In recent decades, a great deal of research and reverse engineering has tried to replicate the original Damascus steel, however, no one has been able to successfully cast a similar material. Modern layered and pattern-welded steel, also referred to as ‘Damascus steel’, is similar, but not the same as the wootz from centuries ago.

One type of modern forged steel used resemble the original Damascus steel is pattern-welded steel. Pattern-welded steel has physical properties which are very similar to ancient Damascus steel. Modern, pattern-welded Damascus blades are made by layering iron and steel and forging the metals together by hammering them at high temperature to form a welded bond. Oxygen is kept out via a flux seal, and forge welding multiple layers produces a wide variety of patterns on the blade. To mimic the light and dark stripes, two steels, one with high nickel content (appearing bright) and the other with lesser (appearing greyer), are welded together. Damascus blades today can also merely be metal that has been etched to produce a light and dark pattern, imitating Damascus steel. Patterns on blades that have been etched can be worn away. 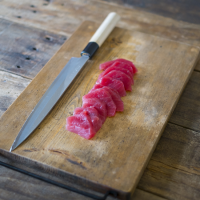 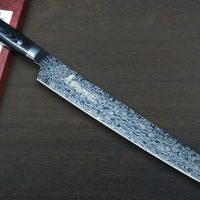