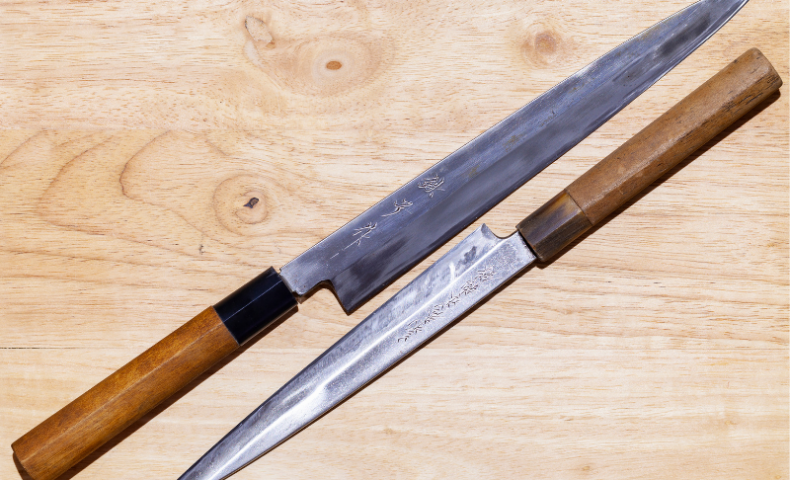 Get To Know Sashimi Knife : The Yanagiba

When it comes to Japanese cuisine, it is always essential to remember that not only the tastes are important, but also the aesthetics, the history behind the dishes, and the delicacy that marks Japanese food very much different than other cuisine. Japanese knives are known for their beauty – the exotic features that captivate the attention of all professionals.

Mostly utilized to make authentic Japanese dishes like ‘sashimi’, there are countless numbers of Japanese sushi knives, a variety of them forged by outstanding, skillful blacksmiths to create the best culinary weapons. The main types of Japanese knives used in the crafting of sushi come in various forms and shapes to be suitable for varying uses – be it the clean-cuts, thin slices, or cube chops. The main Japanese knives used to make sushi include: Gyuto, Yanagiba, Santoku, and Bunka. However, as each knife has different uses, Japanese Master chefs, experts, and professionals will know by heart which to pick up and when to use them.

One of the most commonly used Japanese knives is the Yanagiba knife.

What exactly is a Yanagiba knife? Well, a Yanagiba knife is first and foremost a pinnacle of the beautiful Japanese craftsmanship, a knife that creates clean line cuts and precise slices, is an extremely sharp knife, and most importantly, has a single-bevel blade. The Yanagiba knife has a great grip balancing point which makes it simple and comfortable to use and mostly comes with great designs worth collecting. Different from other Japanese knives or even the multi-purpose knife, the Yanagiba knife can be a chef’s companion, equipment used to cut, slice, and chop any kinds of ingredients. Aside from its traditional purpose used to cut or slice raw fish like Salmon or the Fatty Tuna in order to create just the best-proportioned sashimi pieces, the Yanagiba knife can also be used to cut literally just anything edible. With this being its highest benefit, most chefs, cooks, and even housewives enjoy the uses of this magical knife in the kitchen.

Originated from Japan’s Kansai region, Yanagiba knives are widely known to be used for the cutting of fish, preparing delicious sashimi pieces, and just making sushi in general.

After the Yanagiba knife has been introduced to the world, Western chefs and experts from other nations have led to the change in usage of this particular knife, as they find the Yanagiba very much handy in all situations. For most people, the right length of the Yanagiba stands around being 270 mm long, which is considered the best length to cut fish. Specifically used to cut sashimi slices, raw ingredients like fish, the Yanagiba knife is very well known for its thin, long, and narrow blade body that enables professionals to perform various techniques in order to achieve clean cuts that are smooth and less edgy.

Users can cut through a fish fillet simply with just one long stroke of the knife rather than going back and forth, creating undesired wriggly lines.

Although the Yanagiba knife is available in various sizes to choose from, as earlier mentioned, 270mm seems the best. Yanagiba also means ‘willow leaf’ which explains its characteristics and appearance. Its thin, narrow blade body and a super pointed tip allows users to create glossy, smooth, and clean-cut slices, making it one of the most famous Japanese knives out there for sushi chefs. Its chiseled edge is also a distinct, unique feature of traditional Japanese knives required in the creation of authentic Japanese cuisine – marking the Yanagiba the most-used and the best option to preserve raw ingredients’ freshness through its light touch and extremely sharp blades. 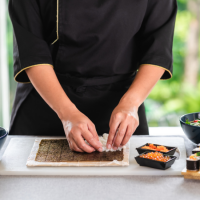 Behind the Lives of Sushi Chefs 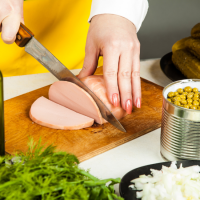